How to use 5pm

Task Automation allows you to create custom Rules. Each Rule is a pair of a condition and an action — when a task fits the condition, it triggers the action.

You can access Automation screen via the Tools menu on the top:

This feature is limited to Administrators.

With Automation you can trigger email notifications on certain conditions, track tasks that are being ignored, auto-assign or tag them, and so on. 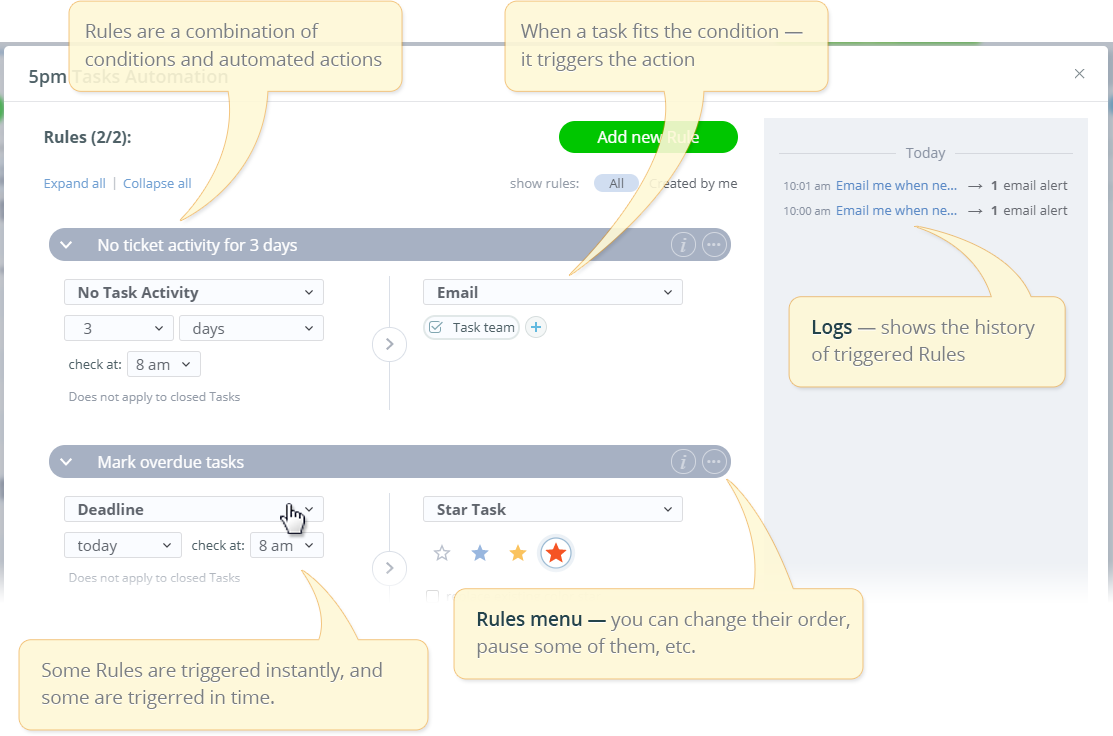 Create your own Rules: 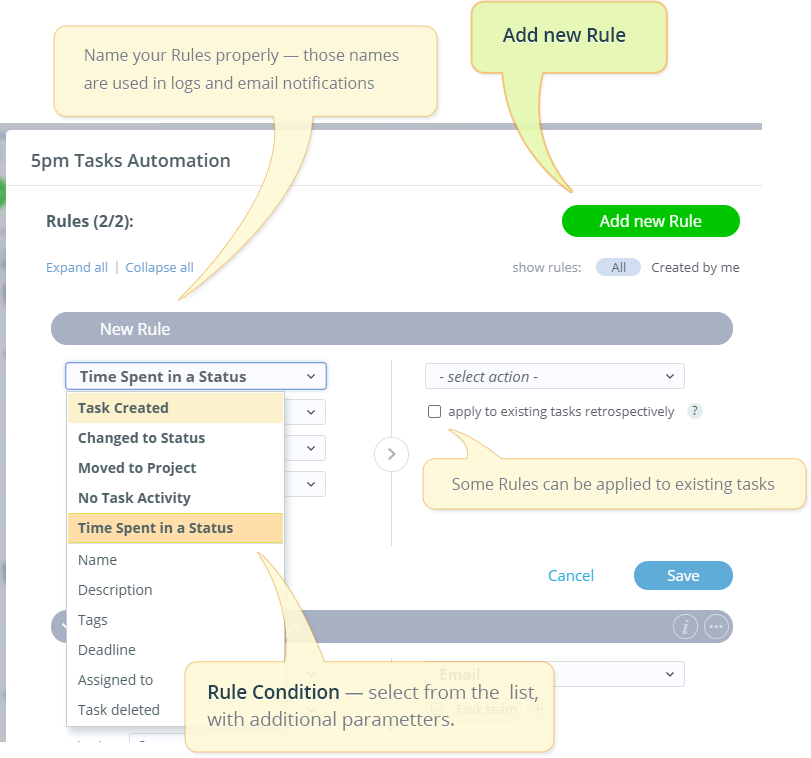 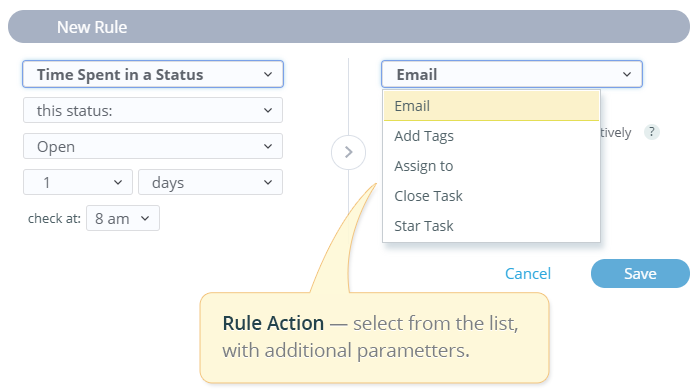 Automation is a powerful feature and can help you streamline your workflow, especially when combining multiple rules. In this case the order of the rules may change the outcome, so make sure you place your rules in a correct order. You can "chain" multiple rules together to create more powerful automations.

The rules are trigerred in their respective order, so chaning the rules order may change the outcome.
You can chain together multiple rules based on the changes done by previous rules.
If rules create infinite loops or can not be executed — they are automatically paused.